It was another strong day of shooting for Paralympics GB at Tokyo 2020 with Dave Phillips making it through to the quarterfinals in the Men's Individual Recurve. 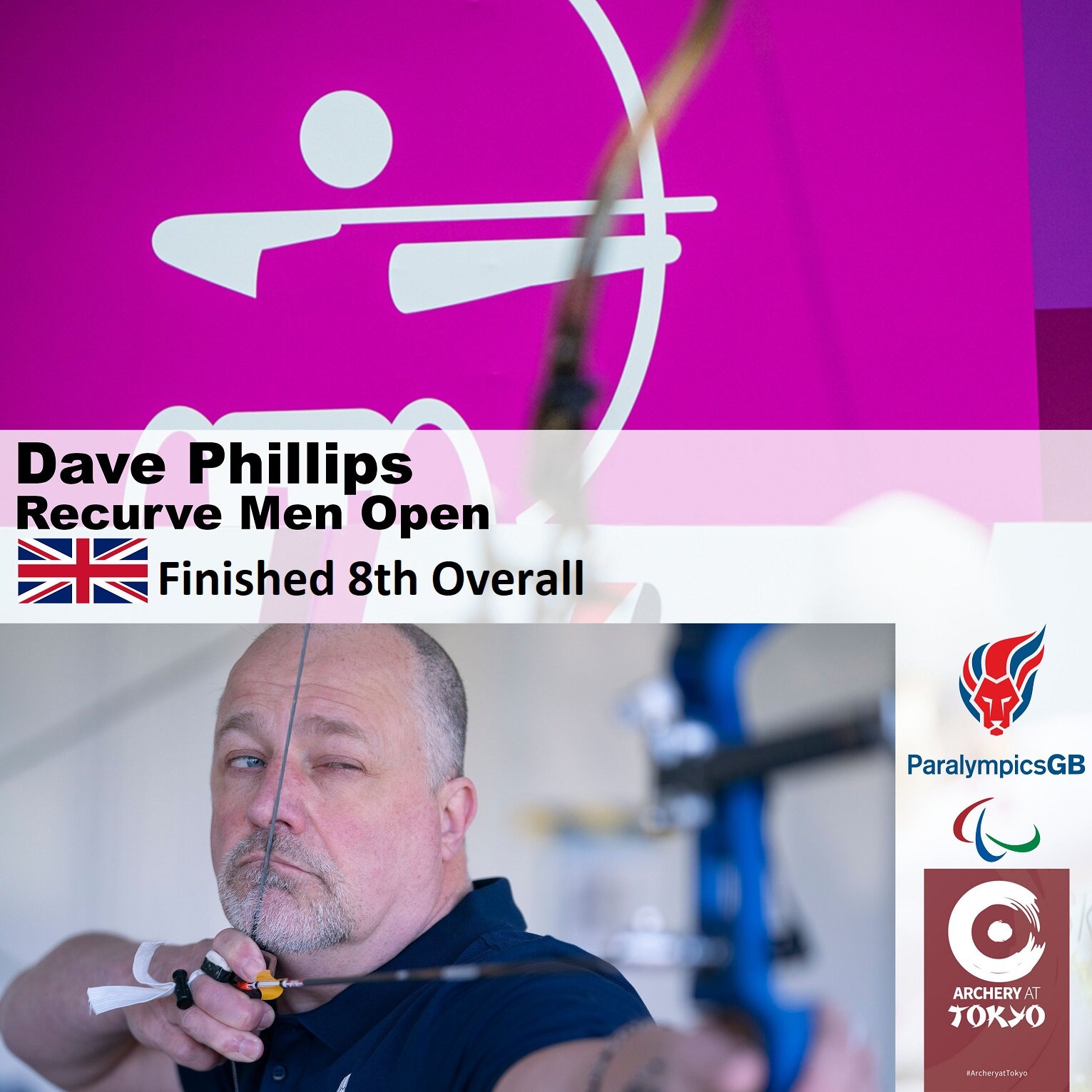 Earlier in the day Phillips defeated 7th seed Guillaume Toucoulett, of France in the first round of eliminations.

Phillips, who was seeded 26th going into the match, entered the main field to all together cooler conditions than he faced in the ranking round.

It was a bright but cloudy day with the morning’s drizzle stopping just before he entered the arena.

Phillips won the 1st set but lost the 2nd, he then won the next two sets to finish the match 4-2.

Dave Phillips said: “It was raining first thing so I was expecting it to be a little more difficult. Fortunately for me it’s typical weather back in Wales, damp, raining and slightly chilly so for me it was what I’ve been training in for years.

“I did start to get a bit nervous but I was just going through my process. My coaches have taught me all the things I need to know and I just had to let go of the arrow.”

In the 2nd round Phillips shot against Chikara Vivek, the 10th seed, of India. The match got under way in the evening with the damp, cooler weather continuing. Just before the match it was drizzling but the rain stopped minutes before Phillips returned to the field.

Phillips won the 1st set scoring 27 to Vivek’s 25. The pair drew in the 2nd set before Phillips lost the 3rd. In the 4th set Phillips won with an almost perfect 29, in the 5th set Vivek’s first arrow was a miss and Phillips took the match winning 7-3.

In the quarterfinals Phillips shot against Lixue Zhao, the 2nd seed, of China.

The match started at 20:15 Tokyo time with heavy rain setting in from the start of the match.

Paralympics GB’s archers had trained in Japan before the Games to prepare for the heat and humidity but today’s conditions were anything but hot with low temperatures and heavy rain making the going hard.

Dave Phillips said: “I was probably the most prepared archer for the heat and humidity out here. We trained in the heat before we came into the village but then it’s been so wet.

“Unfortunately the match didn’t go in my favour. The focus now will be on tomorrow and hopefully we’ll have better weather.”

Phillips will return to the field tomorrow for the start of eliminations in the Mixed Team Recurve where he will partner with Hazel Chaisty. The pair qualified in 10th place and will shoot against 7th seed Turkey at 11:00 Tokyo time (03:00 BST).