Target archery is the type of archery practiced at the Olympics, and is the version most beginners learn first. Archers shoot a set number of arrows at targets set at specified distances on a flat surface. It can take place either indoors or outdoors. 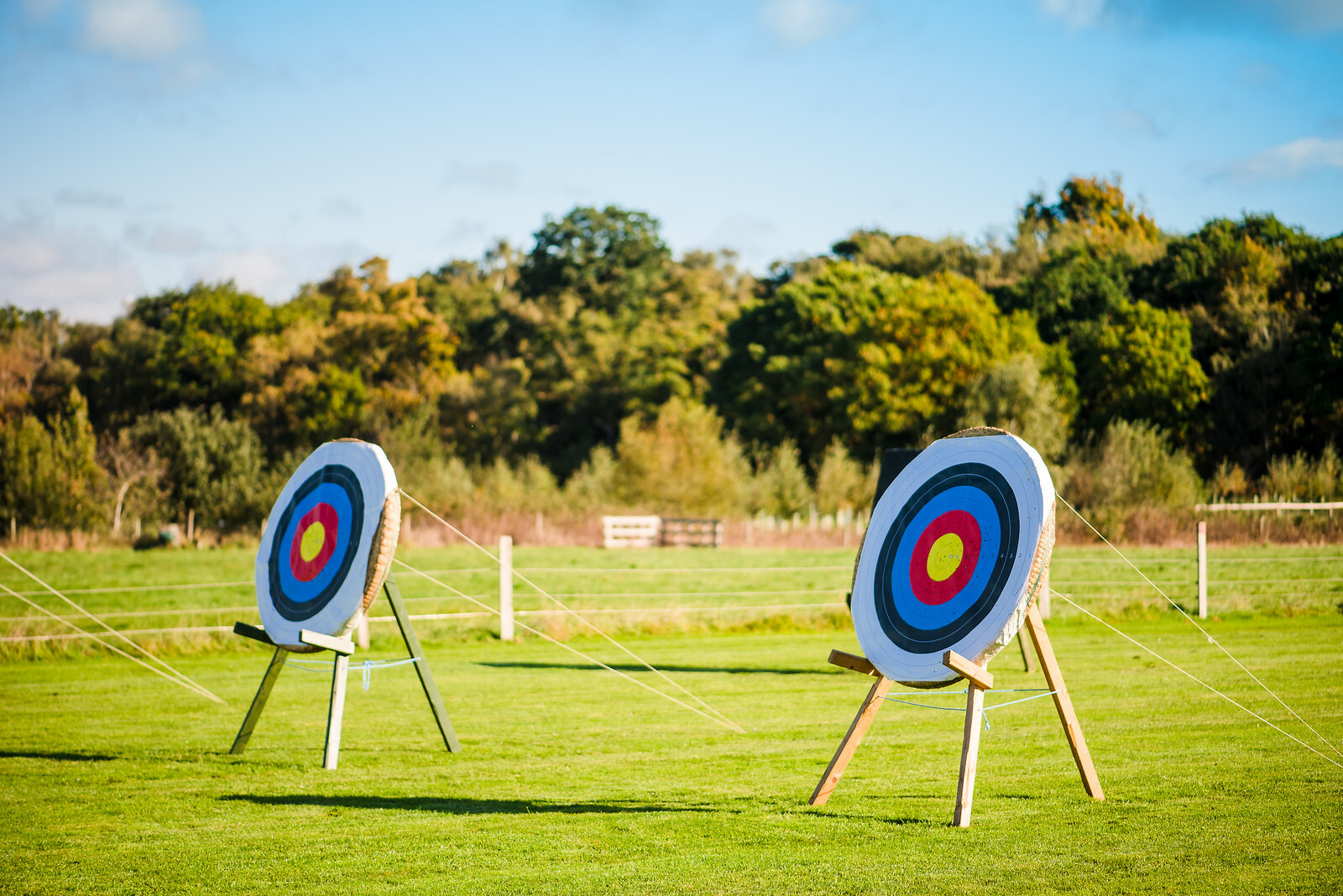 What is Target Archery?

As the name suggests, target archery is all about hitting the target from a set distance. The distance you shoot over and the size of the target varies depending on the type of bow you are using.

Under World Archery rules, a typical outdoor target face is 122cm in diameter (or about the size of a round coffee table) for recurve and barebow. For compound the diameter is smaller at 80cm (that’s just a bit bigger than an exercise ball).

How do you score in Target Archery?

Each colour on the target face is split into two values. The inner ring (closest to the middle) scores higher. Starting from the centre it goes;

If you miss the target, it is scored as a miss on the score sheet, scoring 0.

How far do you shoot?

Can I get fit doing target archery?

Yes! Target archery is a great way to get fit. You will get your steps in for the day walking back and forth to the target at training. Your upper body muscles will become stronger due to the nature of the movements involved with shooting. It also helps with focus and mental health.

Where can I do target archery?

There are archery clubs around the country so there is bound to be one near you. Use our club finder to see where you can start archery. You can also try target archery at most youth organisations and holiday parks such as Centre Parcs. Archery is also often featured at country fairs and at tourist attractions such as National Trust venues.

How much does it cost to get into?

The initial cost of archery is the beginner’s course. You will be able to borrow all equipment during your course. Once you've completed the course most club's will lend you what you need until you're ready to buy your own kit.

Once you’re ready to buy, you can pick up your first full set up for around £400. Your club and coaches will be able to advise what you need, when to upgrade and what equipment will suit you.