Team GB's men's recurve team (seeded 10) finished in a noteworthy 5th position at the Tokyo Olympics after a strong win against Indonesia (seeded 7). They missed out on a semi final place after a close-fought match against The Netherlands (seeded 2) who went on to finish 4th overall. 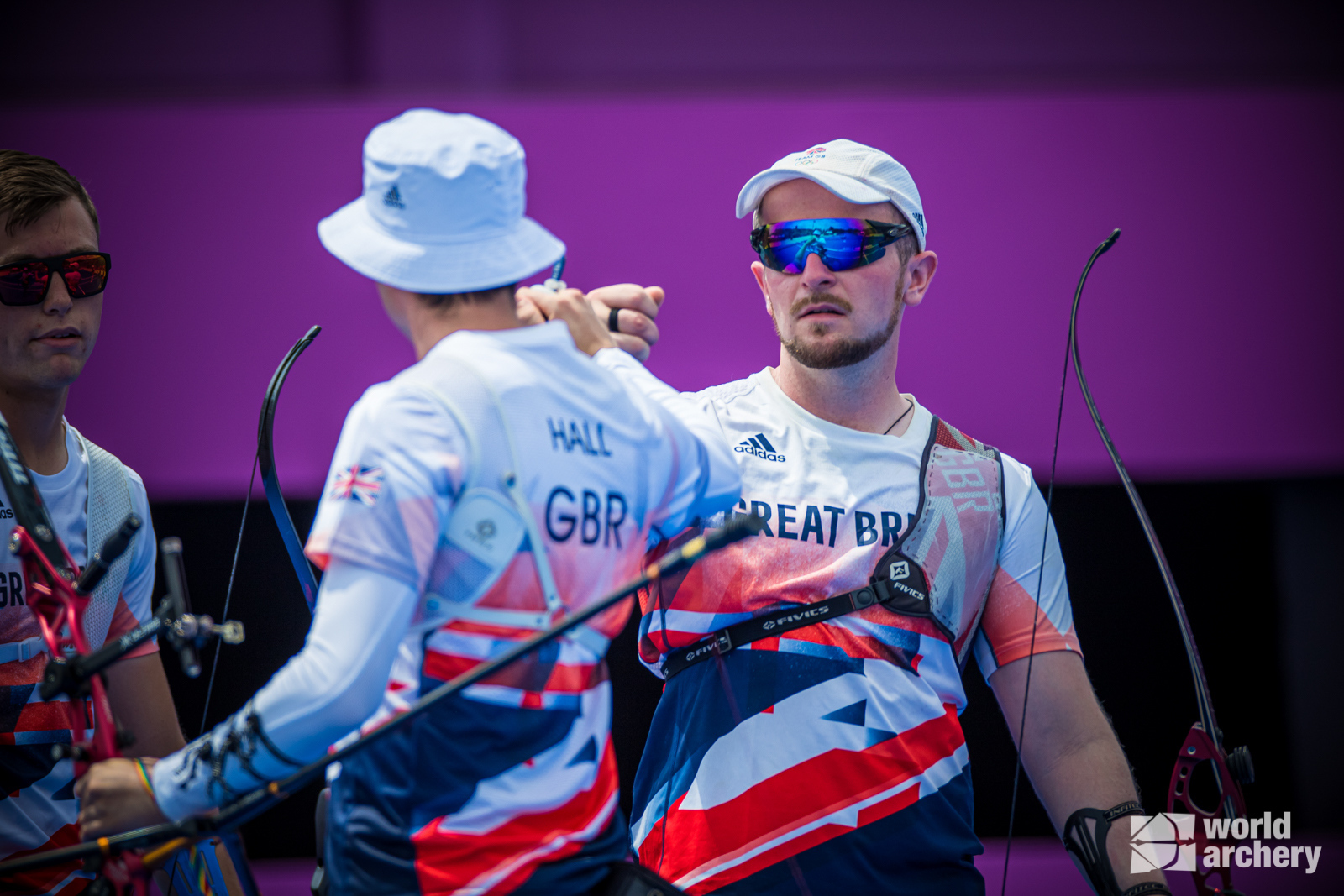 Who is on TeamGB's men's archery team?

Patrick Huston: Patrick Huston is shooting at his second Olympic Games after making his debut at the Rio Games in 2016. He was part of the team that won the spaces for the Games at the World Championships in 2019. Huston is currently ranked 52 in the world.

Tom Hall: Tom Hall is making his debut at the Tokyo Games. He was part of the bronze medal team, along with Huston, at the Antalya World Cup in 2018. Hall was part of the team that secured the Olympic spots at the World Championships in 2019. Hall is currently ranked 87 in the world.

All three athletes will now go on to compete in the Individual events this week, with the hope of securing further success at the men’s finals which will take place on Saturday 31 July (1.30am-3.15am and 6.45am-9.20am BST).

Richard Priestman, Olympic Archery Coach said: “It was an incredibly close match but we had it in our grasp at 3-1 up. We shot very well and had our opportunity to win, but winning arrows are the hardest ones to take. The Netherlands are so strong and experienced and they stepped up to win when they had to.

"This is sport, it's about winning and losing. There are still a lot of matches to come this week, so we can draw a lot of strength from this performance and carry it forward to the individual matches.”

The early hours of Saturday morning, BST, was the first-ever Olympic Archery mixed team event. Shooting for GBR was Sarah Bettles and Patrick Huston. The team were in 12th position after qualification and therefore shot against fifth seed PR China. Bettles and Huston stayed consistent throughout their match. GBR took the win with 5-3 set points.

In the 1/4, GBR were up against fourth seed Mexico. Bettles and Patrick opened strong with a 36, but that wasn’t enough to beat Mexico’s 38. Unfortunately, GBR could not keep up with Mexico, with Mexico taking the win 6-0.

Sunday saw the Recurve Women Team shooting against eighth seed Italy after qualifying ninth. GBR took the first set points to have a 2-0 lead. However, Italy took the next two sets taking it to 4-2 Italy. The third set was one point each, finishing on a 53 end.

The Olympic Team events are over, which means it’s time for the individual matches! Let’s take a look at the current schedule for matches. All times are BST unless specified. With a typhoon predicted in Tokyo this week some of the individual match times have changed to avoid the worst of the weather.