Archery may not be the first sport that spring to mind when you think of after school clubs, but for two Kent schools the sport is helping students on and off the shooting line. 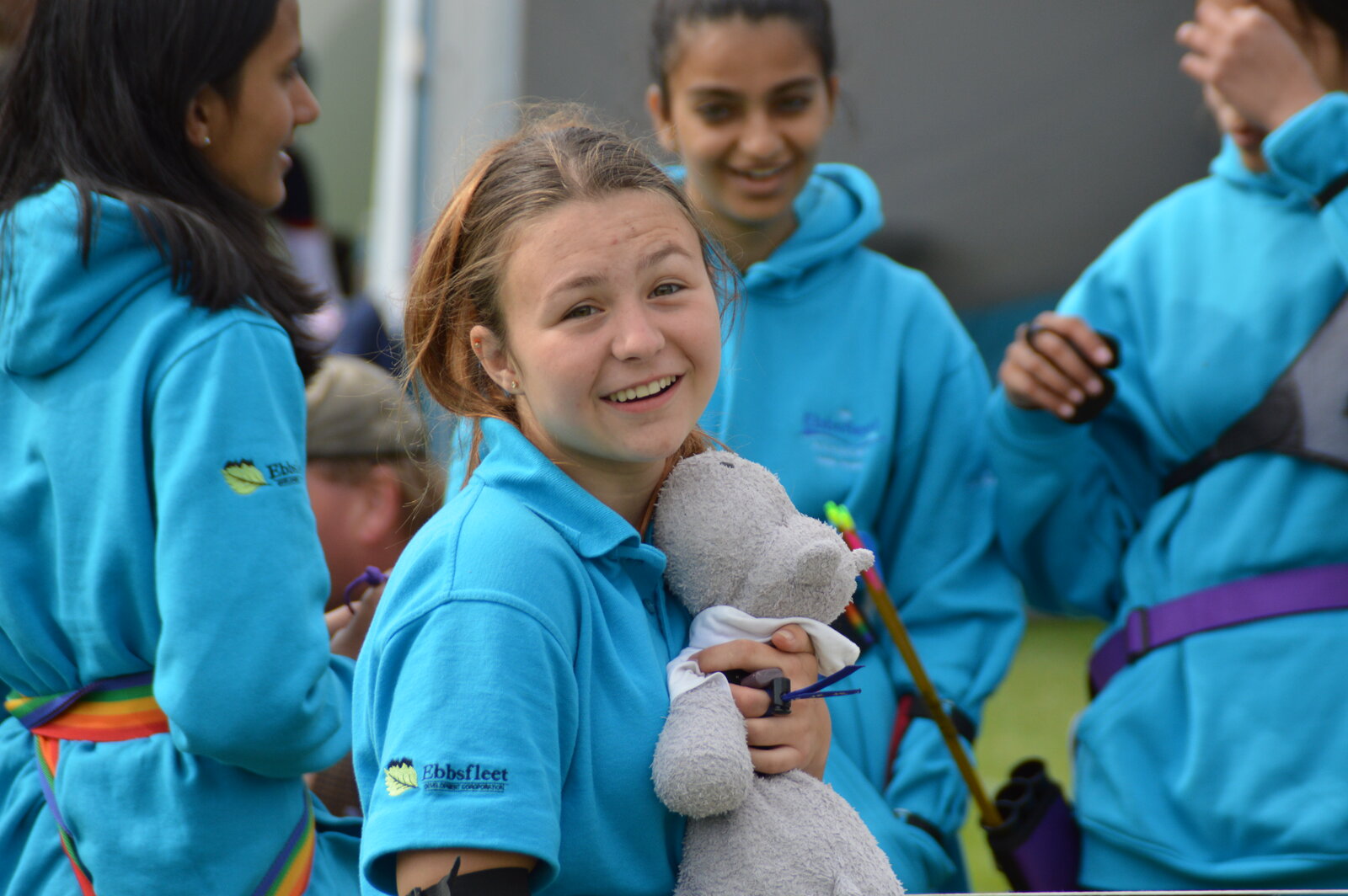 At the Junior National Outdoor Championships at Archery GB's Shropshire headquarters it's more common to see club archers on the shooting line.

But two schools had made the long journey from Kent to give their students the experience of a national archery competition.

Teacher Deb Horn set up an after school archery club at Ebbsfleet Academy 7 years ago when she first joined the school.

At the time it had changed from a struggling school to an academy and she was looking for a way to support young people and their parents.

“We were finding it hard to get kids involved in after school clubs so I said to the principal at the time ‘let’s do archery’ and she said ‘are you mad?’

“She said 'they won’t come' and she couldn’t fund it so for the first 5 years I begged, borrowed and bought everything.”

The club is now receiving funding from a local development corporation which has paid for new bows, arrows and the travel costs for the children to attend the Junior National Outdoor Championships.

The club is open to everyone from Year 7 to 11 with some leavers now staying on as volunteer helpers.

In the future she would like to run competitions and support children into the club system but she recognises cost is a barrier which is why the club is so important for giving them access to the sport.

But apart from the fun of archery, what do the children get out of it?

“The two biggest things are discipline and socialisation.

“I have children out there who can’t always behave themselves in class but come out to archery and they do exactly what they’re told.

“I’ve had teachers say their behaviour has improved in school because they're doing archery.

“With the socialisation I have children from Year 7 to 11 hanging out together at the club so when the little ones are in school, if they have a problem or feel sad, they know they can go to one of the older ones. It’s also helped some of the quieter ones to come out of their shell and grow their friendship group.”

Three of the students from Ebbsfleet who were taking part at the JNOC were Prince, Daniel and Albert who were all shooting barebow. 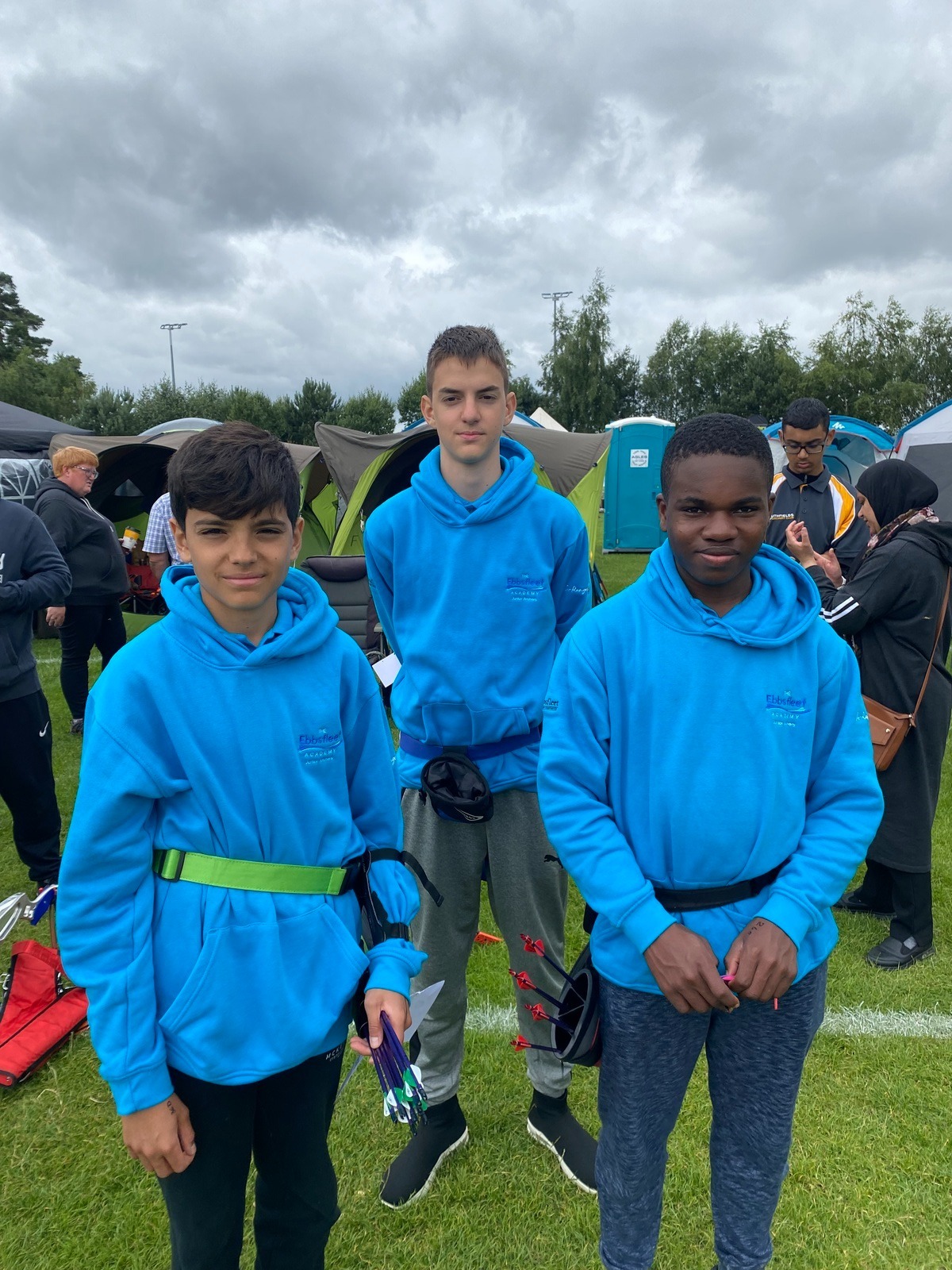 Prince, 14, got into archery when a friend asked him to come with him to the after school club.

He said: “Archery is fun, I like competing with people and meeting new people.”

Daniel, 13, was shooting 50m. He got into archery after his sister joined the club.

“I like doing archery as it’s interesting and I like seeing what I can achieve. I want to get a compound bow and get all Xs one day," he said.

Another group of students who had made the journey from Kent were from Sittingbourne School.

The club was set up in 2005 by Adam Kenyon who was working at the school as well as having two daughters who were students there and archers.

“The headmaster was a really nice gentleman, very easily converted to a good idea," he said.

“I blagged everything I could from everyone. The school gave me a small budget but then I wrote to everyone, small businesses, archery clubs and I went international and had donations from all over the world.

“Where the school is there’s a lot of low income, single parent families so people were quite supportive of us. The ethos of the club is ‘everything is free’ because even if you can afford it if the person next to you can’t so why shouldn’t they be able to access the same things.

The school keeps the club free to juniors while also being run as an Archery GB club for seniors who shoot after the juniors in the evening and at the weekend. Parents were offered free kit and lessons to encourage them to join in and also support the junior section.

The club sources funding for entry fees, travel and food to take the juniors to two national and 3 county competitions a year which also attracts positive publicity for the school.

Mr Kenyon said: “I’ve seen young people come along who never would have been given the chance to shoot or been allowed to shoot.”

“We’ve had one young lad with Tourette’s who is now off medication, his Tourette’s has lessened and part of that is from learning to concentrate for short periods when shooting.

“If someone wants to shoot, we’ll teach them to shoot. I’ve never come across a kid who couldn’t do it in some form.” 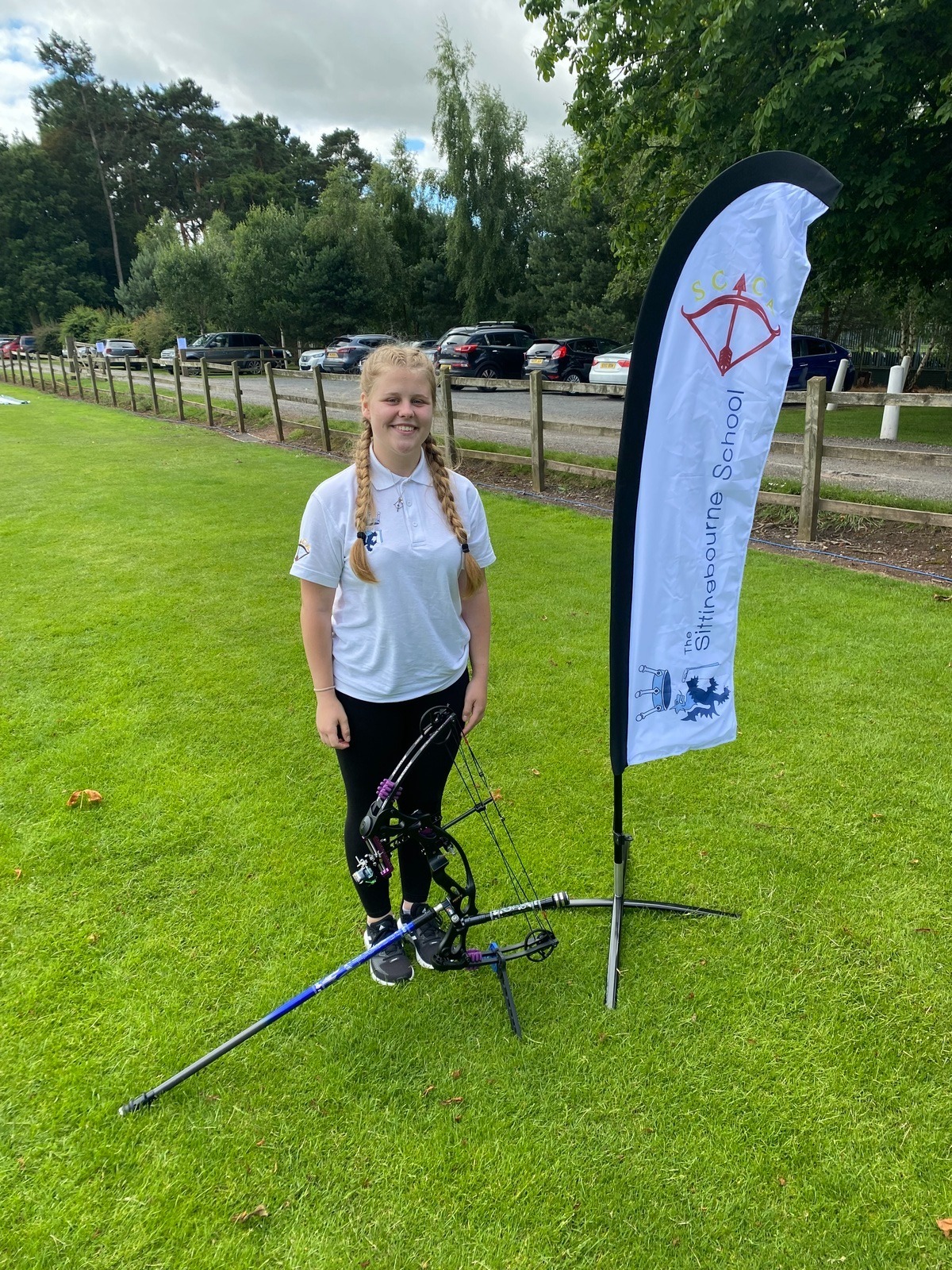 One of those taking part was Ronnie, 15, who was competing with a compound bow.

“I started in Year 6, there was a little club with suction cup arrows at my primary school. My teacher noticed how good I was doing and I really enjoyed it so she said do you want to start archery at secondary school?"

She said her favourite part of the JNOC was meeting fellow archers.

“I’ve enjoyed getting to know new people here today, people come over and introduce themselves and we have a laugh," she said.

“When I’m on the shooting line all my troubles go away and all I’m focussed on is getting my arrow to the target.” 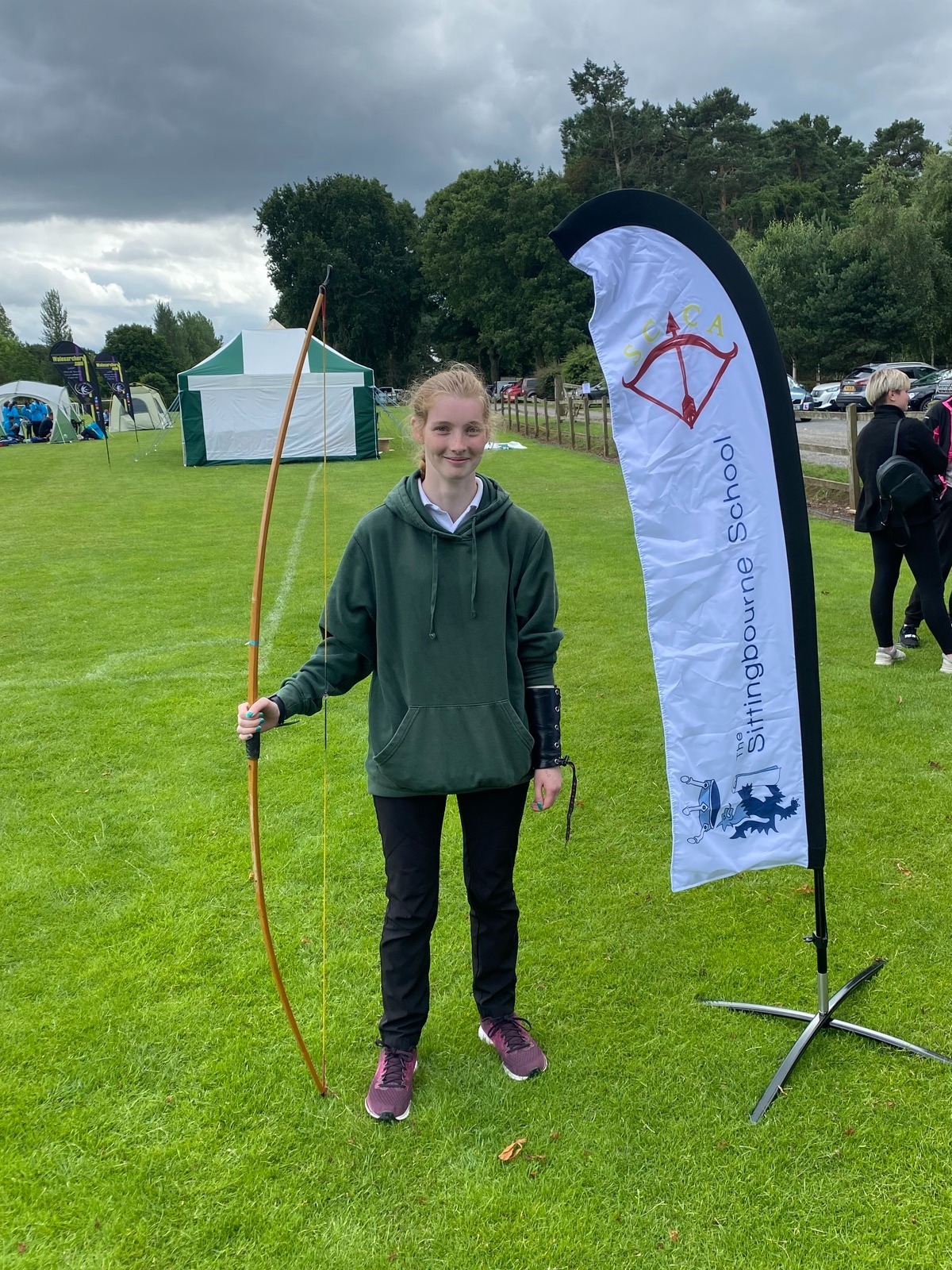 Lara, 18, was one of the few longbow archers on the line at the JNOC.

She started on barebow but moved to longbow because she said she enjoys the challenge of a more stripped back bow without the help of sights or release aids.

“I tried archery at the open day when I came to look around the school and I’ve been doing it ever since for 7 years now," she said.

“I feel like my greatest achievement is winning medals for the school and my team.

“I get a sense of pride from doing archery. When I tell people I do archery they don’t expect it.

“This year has been my best year; I’ve been hitting the target a lot more as I’ve got older.

“I have a little archery family now and I just want to keep doing it.”