Great Britain's archers have enjoyed a stunning success on the world stage, scooping three golds and a silver medal. 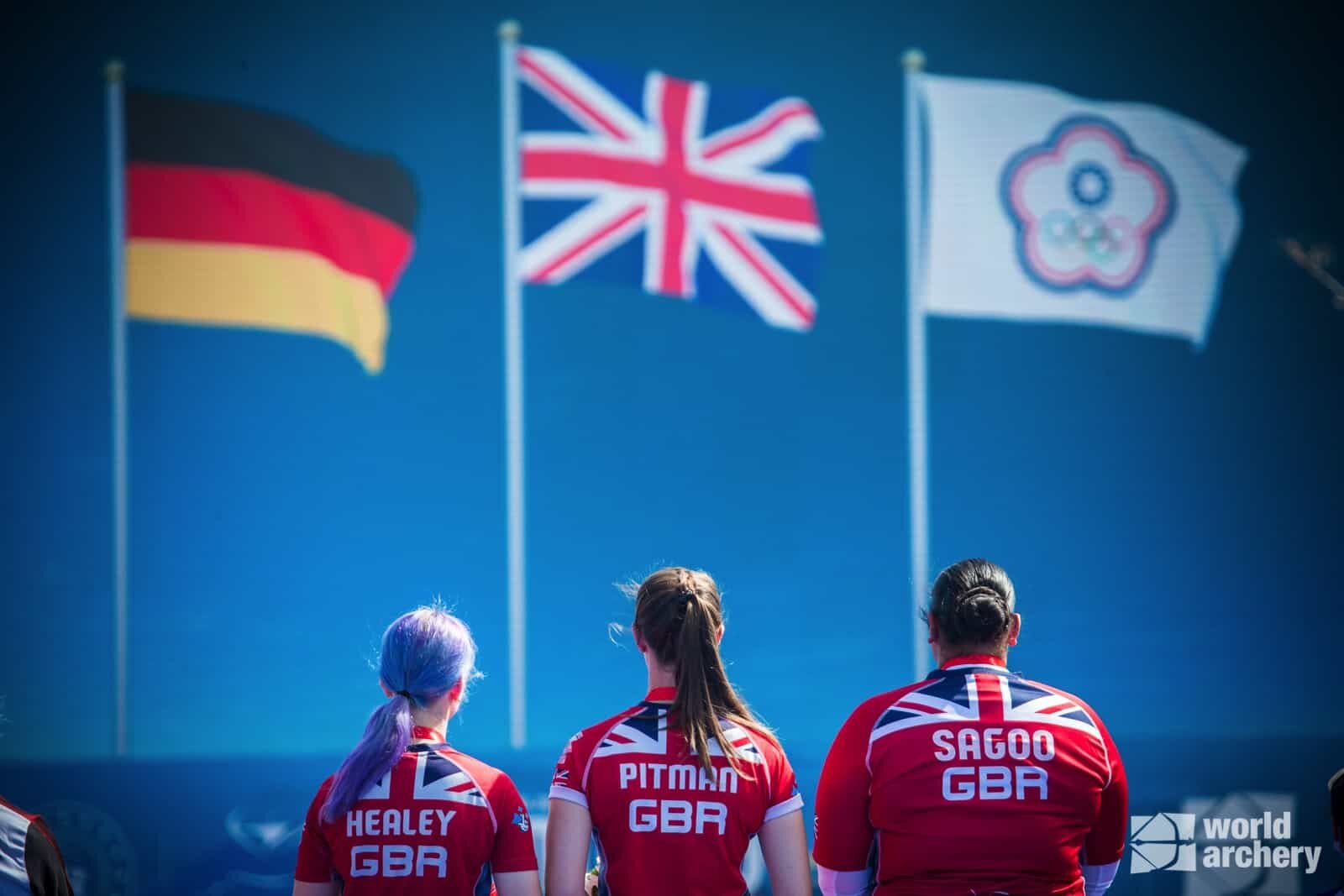 The haul at the Antalya Hyundai World Cup 2022 in Turkey saw the team’s female archers coming out on top in three events on Saturday and Sunday, 23 and 24 April.

Shooting together as a team for the first time, Bryony Pitman, Jaspreet Sagoo and Penny Healey took gold in the recurve women’s team final.

Sagoo, 26, who is from Cambridgeshire and goes by the nickname Jess, and Healey, 17, from Newport, Shropshire, were competing in their very first World Cup. 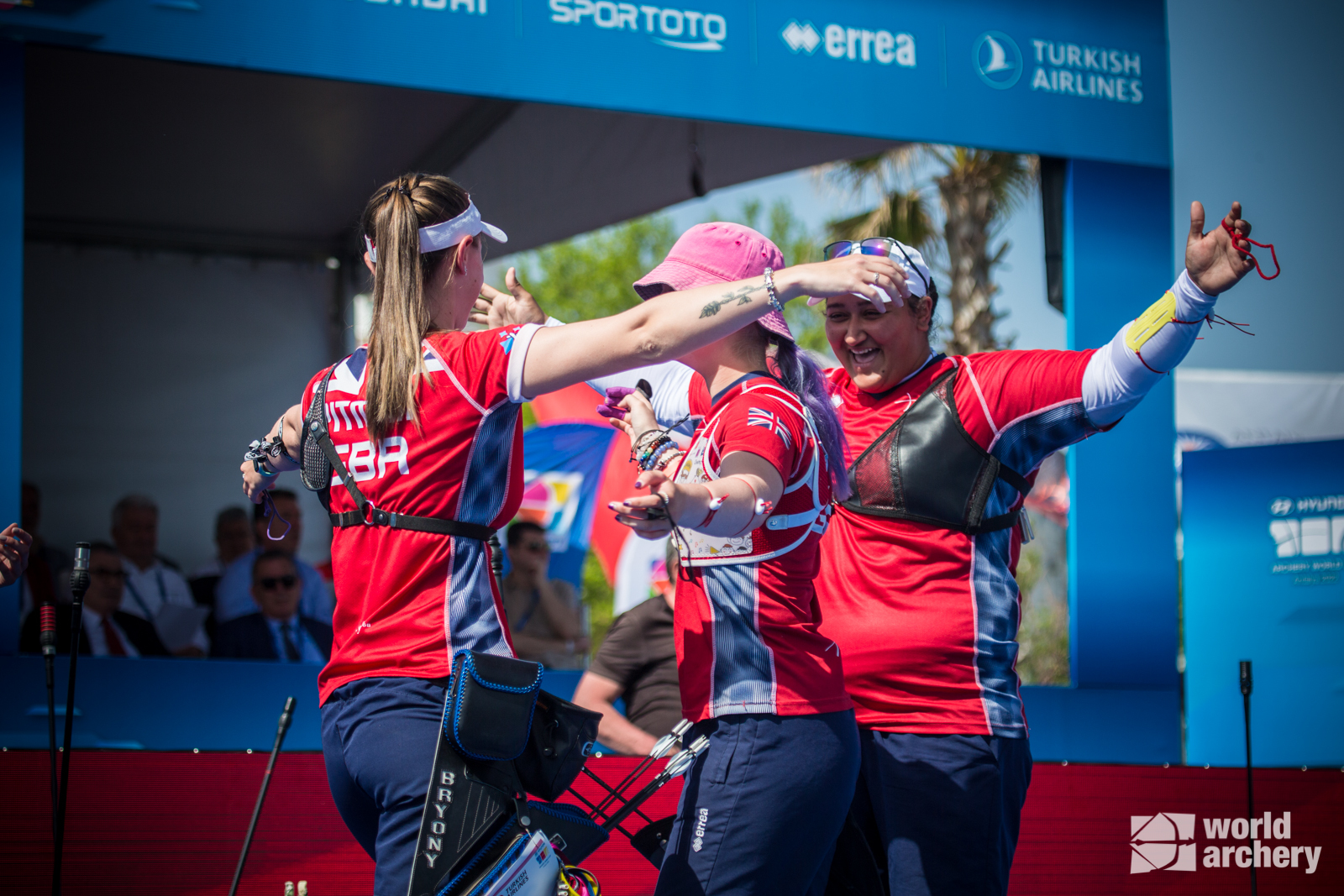 Pitman, who is 25 and from Shoreham in West Sussex, also took gold in the recurve women’s individual competition, and silver in the recurve mixed team competition alongside teammate Alex Wise, 21, from Newcastle.

“To convert three out of four of the medals to gold and not settle for silver is a great platform for the future.

“Ella and Bryony’s individual medals were so well deserved and the first time we've individually medalled at a World Cup since 2012.

“Bryony’s talent is clear and for her to win three medals will give her a lot of belief for the season.

“The women’s team shot brilliantly and showed the depth and potential we are seeking to build in the programme, with Jess and Penny winning their first senior World Cup medals.

“Alex has been working so hard over the past 12 months and has used the experience of not going to Tokyo to great effect so it’s great that his hard work has paid off this week.

“From a recurve programme perspective, we didn’t set any expectations for the week aside from trying to embed some new ways of working and a change of emphasis and approach. It’s been so refreshing to see the athletes and staff flourishing and taking the opportunities they created.”

It is Archery GB’s first World Cup medal since 2018, and the first time it has had two recurve team medals at a World Cup. 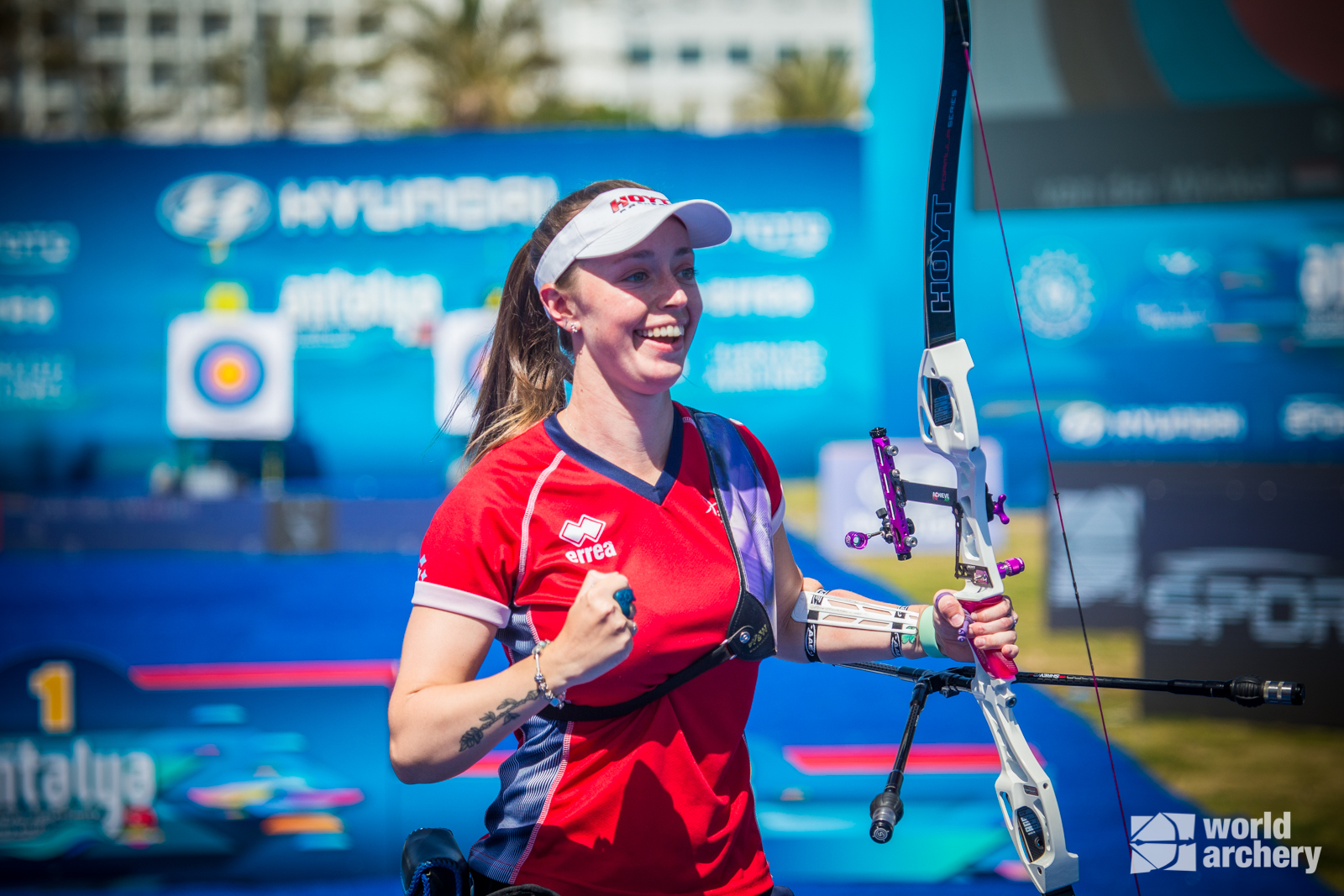 Reflecting on her two golds and one silver, Pitman said: “I feel on top of the world right now.

“One medal would’ve been cool but three is just crazy.”

She added: “Today I just wanted to go out there, have fun and get on three podiums. I didn’t shoot my best in the teams but I found the ten a lot more in the individuals.

“I’ve never been so full of adrenaline and it was the biggest test of my mental process.

“Most of the time it worked but I’ve definitely got some more to learn.

“I’ve been working hard over the winter with my coach on a slightly different technique and since finishing uni in February I’ve had more time to focus on archery. I got some early competition practice in as well while I was in Australia in March and the last few weeks I’ve been working on a new mindset. Things are starting to fall into place.”

Commenting on the team gold, Healey said: “It feels amazing to have won this medal, it shows how competitive we are as a team as well as individually. It shows how all of our hard work is starting to pay off and it’s great to be able to show that internationally.”

Sagoo added: “This gold medal was well deserved. Considering this was mine and Penny’s first World Cup it showed how great we work as a team. So happy to have won it with these amazing teammates.”

As the new Antalya World Cup champion, Gibson secured herself a place in this year’s World Cup Final in Mexico City.

She said: “This is my first final four. My goal for the week was to finish top eight.

“And I get to go to my first World Cup Final which will be really cool, an amazing experience. I have no expectations for that, I’m just going to take it one match at a time and see where I end up.” 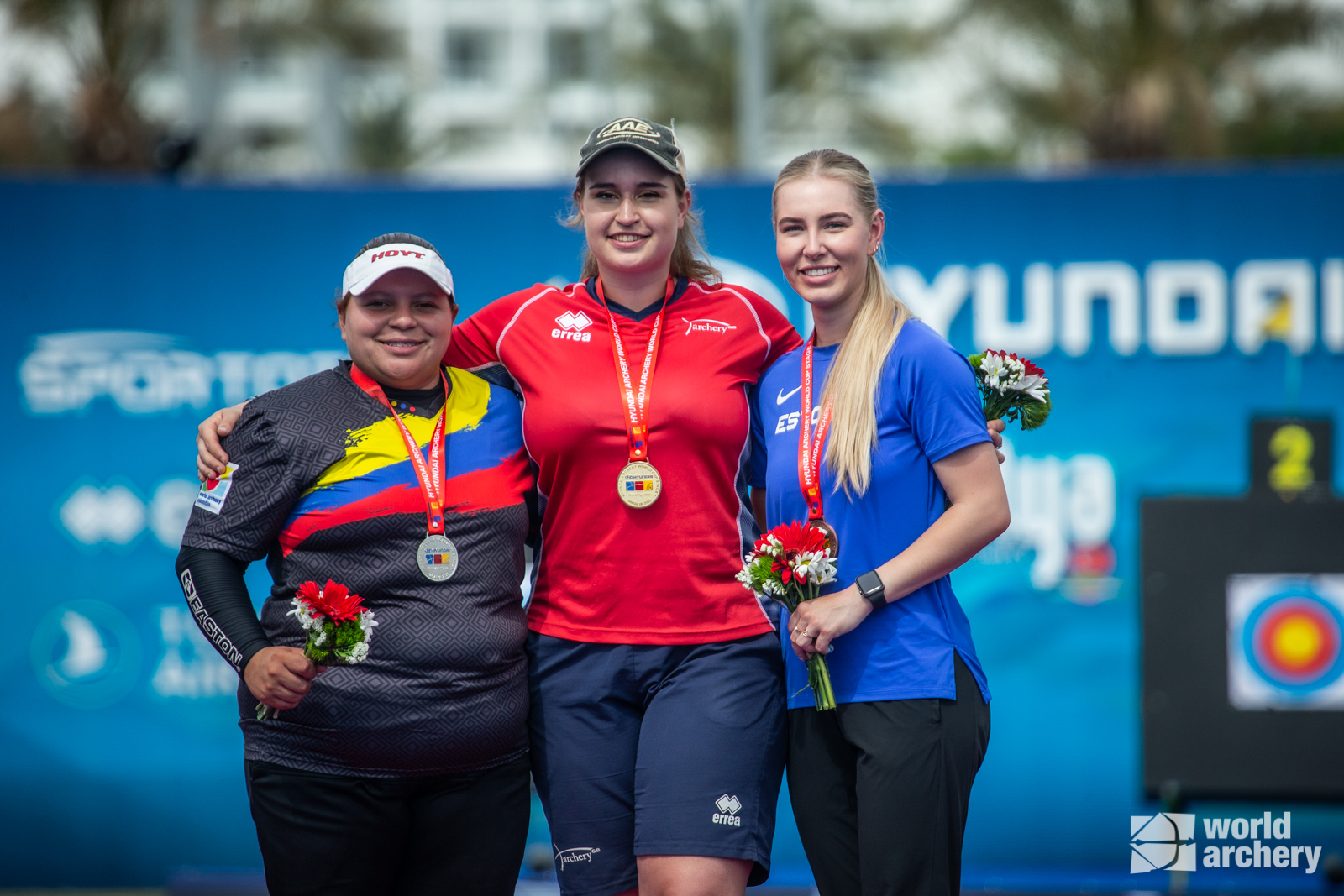 Wise said of his silver medal: “So pleased to have been on the podium this week, it’s been a while since I’ve been able to show what I can do on a finals field.

“Bryony and I shot great in eliminations, missing out on the gold in a shoot off hurts, but isn’t bad for my first mixed team appearance.

“The team did brilliantly, four medal matches, three gold medals and one silver. Not a bad start to the season.” 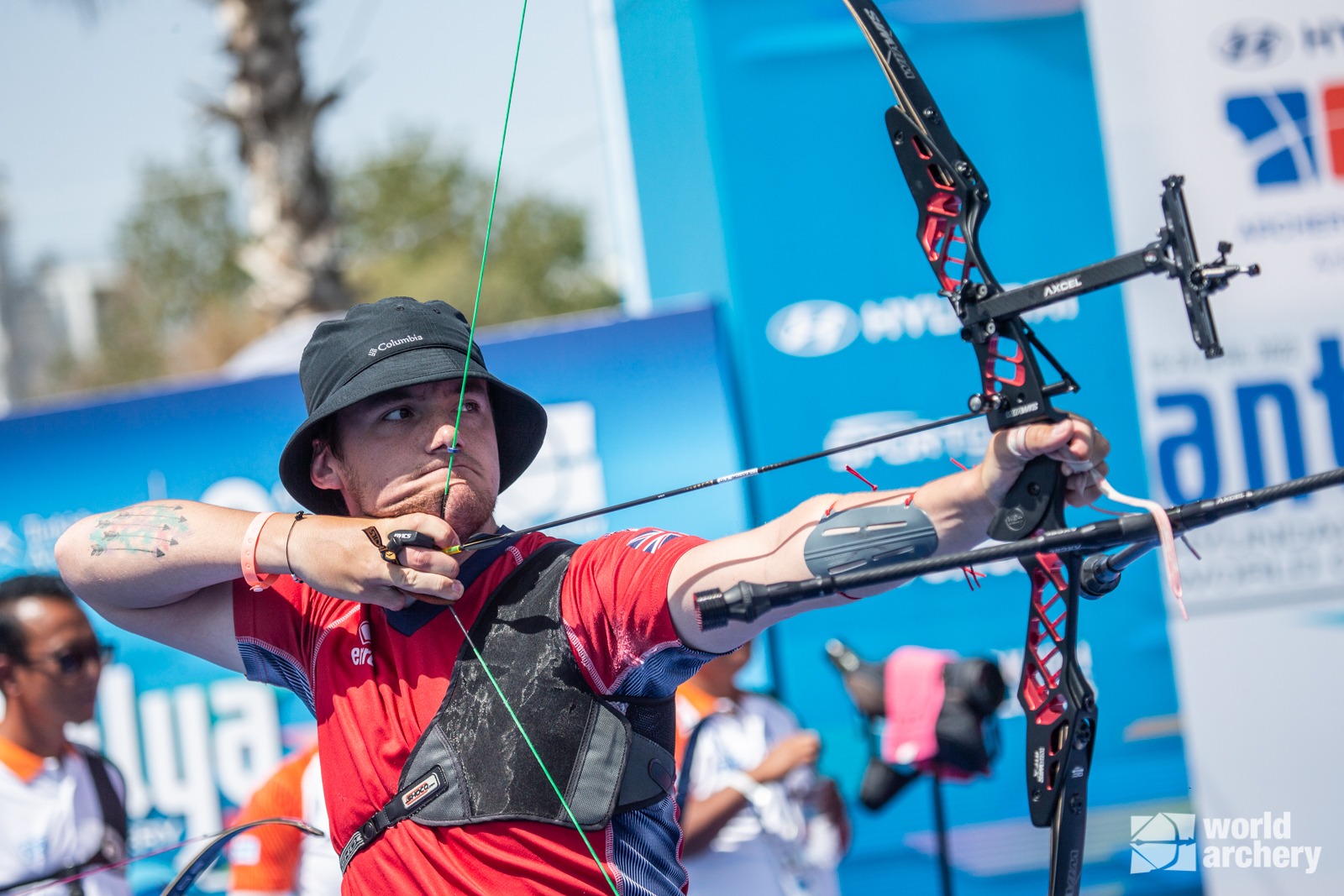 Replays of the finals can be watched online on the Olympics website: